Susan looked at herself in the mirror. Her eyes were red and puffy. Her normally well-groomed hair was shaggy. She took a sip of her glass of wine. She had been drinking since dawn. Today was supposed to be her wedding day. Right now she was supposed to be on her honeymoon. Tony, her fiancé had told her he planned to surprise her well he had surprised her all right. 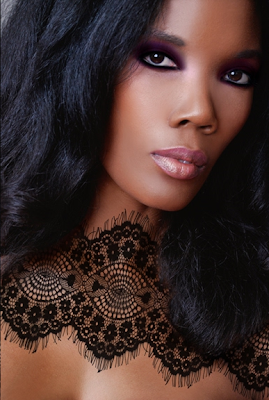 They met at a party. Susan was looking great. She had worn a red clinging dress that showed her curves to perfection. Her hair, her crowning glory reached her shoulders. She was standing in a corner waiting for a colleague to come back with food.

“Is your hair real” she heard a deep voice asking.

Susan turned and looked at the man who had asked the question. The man was tall, around six feet. He was ordinary looking, not classically handsome, but he had a smile that lit up his face and made him look handsome.

Susan said “yes it is. Cant you tell the difference?” she smiled.

The man said “nowadays you can’t tell. It usually looks so real until you touch it or rather until you are told not to mess with it because it cost a lot to put in.”

“Forgive me for my rudeness. My name is Tony.”

And that is how it started. They chatted, and then exchanged numbers. Tony asked her out on a date. They had a great time. After going on a couple of dates Tony asked her to be his girlfriend.

After dating for 2 years Tony asked Susan to marry him and she accepted.

Susan was doing the last round of planning for her wedding. Things were going well. In two weeks’ time, she was getting married. She couldn’t wait to be Tony’s. She had already given her landlord notice. She was at a beauty salon at the moment having her hair done. She was waiting for her best friend. They were supposed to be leaving for a trip to Nanyuki. Susan’s friends had decided that they should go out of town for her bridal shower and party for the last time before she became a married woman.

Angela, her best friend called and said that she had been called back to work for an emergency so they couldn’t leave that Friday evening. They would have to leave early on Saturday morning. Angela asked her whether she would prefer to go with her other friends who were driving down later that evening. She said no she would wait.

Susan decided to get a massage, pedicure, manicure and facial since there was no hurry. By the time she was done, it was around 6 O’clock. She met her sister for dinner since they weren’t going off that weekend. At about 10 pm as they drove home in Susan’s car she decided she should surprise Tony and visit. She hadn’t told him that the trip had been postponed He had said he would be home because he had some projects to finish. She asked her sister to drop her at Tony’s and then pick her up early in the morning to head to Nanyuki.

Susan could hear music blaring from Tony’s house. She smiled. Tony loved to listen to music. She opened the door with her keys and went in. in the sitting room, there was a bottle of whiskey and a couple of glasses. Tony wasn’t there.

He must be in the bedroom thought Susan. She went towards the bedroom and as she reached it heard something that sounded like moaning. It didn’t hit her what that noise was until she opened the bedroom door and there was Tony, her soon-to-be bridegroom on top of a woman having sex.

Susan was so shocked she dropped the bottle of wine she had bought on her way to Tony’s. It fell down and shattered. The noise startled Tony and he looked up. Susan locked eyes with Tony for a few seconds. The look on Tony’s face was full of surprise, regret, and shock.

Susan ran off with Tony running after her. He asked her to stop. He could explain. Susan did not want to listen. She got out of the house and ran until she saw a taxi. She told the taxi driver to take her to her best friend’s house. She couldn’t go home.

As she looked at herself in the mirror she remembered last two weeks. Tony had called her repeatedly but she refused to answer the phone. Finally, she told Angela to deal with him. She had cancelled the wedding and told her family she wasn’t getting married. Her friends and family were shocked. Most of them stood by her but some were saying she should get married. That’s how men are; it’s not worth losing a good man.

Susan operated on an automatic pilot. As she looked at herself in the mirror she came to a decision. She went to her drawers and got out a pair of scissors. She was in so much pain she didn’t know if this was the right decision but she was going to do it. She took the scissors and cut off her long hair. She was left with about two inches of hair.

When she was done Susan held her hair in her hand and cried. It didn’t change anything but in a way she felt better. That’s when she knew that she would survive this. She couldn’t forgive Tony but she could move on with her life.

Love does win in the end. A man falls for a lady but is too shy to tell her so he writes her an email. Love letters – The love story Techie love.

Single Lady in Nairobi: When your ex is getting married 6 months after your breakup

A lady falls in love with her best friend and she is determined to have him no matter what. Obsession!

My Girlfriend Confessed To Liking Another Man And Cheating On Me

The Making Of A Conman Catfish: The Beginning