In all other cases they act with bravado like they don’t need them. Our politicians are two faced even with the ICC. When it seemed like they would get away with murder and the ICC seemed so far away they were for it but now that they are in it they are against being tried at the ICC.

Now that some Kenyan politicians are facing charges internationally and their charges have been confirmed the ICC becomes very western and they decide they need a friendlier African court. Our politicians are chameleons, two faced. They change with the environment. But it is never for our good, it is for their own good.

Its time for us to campaign for leaders who don’t pretend to care about us. The kind of leaders who show us their clown face and smile with us and behind our backs they are stabbing us in the back. Making deals in their own interests, bringing the country to its knees with violence or poverty. Kenyans deserve better. 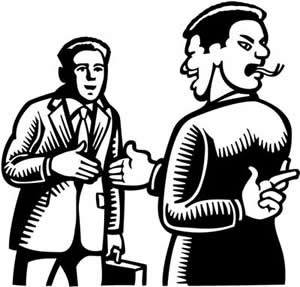 We deserve leaders who will put the country first and them second. But we must fight for such leaders. It is very easy to get bad, mediocre leaders. They are everywhere already. But getting leaders with integrity (which doesn’t been that they have done bad things but just haven’t been caught.) needs collective effort. We need to look beyond our tribes, socio-economic classes, education, biases, and prejudices.

Oh yeah and we need a lot of prayer. Divine intervention because to be honest what we have to work with right now is not promising. We need God to show us new leaders like the way he choose David to be King. He was not an obvious choice when you looked at his brothers but he turned out to be the best King Israel ever had.

The Making Of A Kenyan Conman Catfish – Part 2

Travel: How to Get Around Tenerife After Landing