by Rayhab Gachango
in Dating, Relationships, Short Stories & Poetry
Reading Time: 11 mins read
39 3
2
50
SHARES
280
VIEWS
FacebookTwitterWhatsApp
When you look back there is always that guy or girl who you had a crush on in high school. You either wrote endless letters to them (imaginary or otherwise), or you spent your holidays wanting to go home and see them.  When I was in form three I had a crush on this guy but guess what I never meet him until I finished fourth form.

It all started when I answered the telephone at my granddad’s house. My guka has a borehole and he supplies most of the residents around him with water so basically he is their Nairobi water company. Anyway, this guy calls to talk to my guka about their bill but he was not available. But damn the guy sounded great. He had one of those voices that make a girl melt. The ladies will understand what I am talking about. Anyway to cut a long story short we chatted and had an interesting conversation. He asked for my number and I obliged. We used to talk every day while I was home.

Now since I was a boarder at Moi Nairobi  I had to go back to school. So we wrote letters, and I wrote him poetry. I wish I could get a hold of those letters by the way. I think that was some of my best work to date. We had a phone booth so at least once a week I would call him or I would call and ask for him then he would call me back. He was a day scholar at St. Mary’s school. I had a crush on this guy and I had never met him.
We talked and sent mail. We did not meet until we finished the fourth form due to a comedy of errors. I can’t say that it was a disappointment to meet him in person we bonded but let’s just say he did not match up to the voice. After high school, we lost contact although his brother is a friend of mine. But he will still remain a part of my teenage years. Here is something I wrote when I first fell in love with his voice. Keep in mind I was 16 years old at the time.
Mysterious guy. 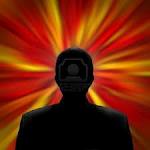 Mysterious guy,
I pick up the phone,
And I hear your voice.
You sound so smooth and so sure,
What is it about you,
That makes me want to get to know you?
I don’t know but I’d like to find out.
While talking to you,
On the telephone (what’s your number?)
I gotta call you one more time,
To make sure I ain’t dreaming
Are you sure you’re a shy guy,
You should mighty sure and mighty fine,
And the feeling goes on and on and on.
Are you a shy guy, fly guy or don’t you know?
You sound like the DJ on the radio,
Putting on my favourite melody,
But in this case, it’s your voice.
Boy I think I am addicted
I think I gotta get another doze,
Boy, I think the doctor would approve.
I got to hit out,
But before I sign out,
I think on second thought
That your voice should be banned,
It’s illegal to have such a HOT voice,
Mysterious guy ain’t you fly,
Why don’t you call,
Kill me with another number from you,
Because your voice is a sweet song to me.
Ps. That time Diana King’s shy guy had hit so that’s why there’s a reference to shy guy.
Cheesy huh. But that’s teenage love for you or should I say crush.
Raylitpoems 2012
Share20Tweet13SendShare4Pin5
Previous Post

Why women have 5 million pairs of shoes!!!!

Why women have 5 million pairs of shoes!!!!