Brian entered the busy restaurant, his intention to get some coffee and kill the hour before his appointment with his next client. The restaurant was doing brisk business and there were no empty tables. Brian spotted a table for two with a lady reading a book. He went over and asked if he could sit there or she was waiting for someone. She told him he could seat and then went back to reading her novel.

As Brian waited for the tea and samosas he had ordered, he looked over at the lady.  She was quite pretty and had a great figure. She was dressed in a blue dress that hugged her curves in all the right places.  She seemed totally absorbed in the book. Glancing at the title he realized it was the latest James Patterson which he had been intending to read. He told her he was sorry to interrupt her but was the book as good as other books by the same author. She looked up from the book and smiled. A smile that lit her face and showed her beautiful dimples. The smile made his heart skip a beat. She had a gap between her two front teeth and he was a sucker for that. She told him it was a great book about a psychopathic school teacher. 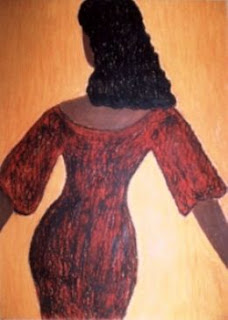 Having broken the ice, Brian started a conversation on various James Patterson books and their themes. By the time he had finished his coffee almost an hour had passed.

For some reason he felt reluctant to leave. He pulled out a business card and gave it to Hilda as she had introduced herself earlier. She also gave him her card that said she was a psychologist. Brian went for his meeting and blew away the client with his enthusiasm and energy.

A couple of days later, Brian was sitting at his desk, staring at Hilda’s card. He had had such a great time with her; it had been a long time since he had such stimulating conversation. He debated on the ethics of calling her as he was a happily married man with a beautiful wife.

He rationalized, pondering on the implications of asking her out for lunch. Then, deciding that it’s not like he wanted to start an affair it would just be a matter of meeting and discussing books, he called her. They agreed to meet the following Tuesday which was the first Tuesday of the month. He quickly jotted the date in his diary.

When they met, the food was good and the conservation excellent. Brian thought it had been a long time since he had such a great time. Hilda was a brilliant conversationalist telling him stories of some crazy clients she had treated.

When he paid the bill and just as they were waiting for change she gave him a paper bag. Inside was the James Patterson. “Thought you might like to read it, you can keep it,” Hilda said.

Then, almost as an afterthought she told him that this evening there would be a Kwani open mike for poets. “I know its short notice, but am performing a piece and would love some moral support,” Hilda said. He, wanting to know more about this captivating lady agreed. And that was how it started.

Brian started hanging out with Hilda at least once a week. Sometimes hanging out with her and her friends sometimes with his friends. She took him to literary events that he had no idea had been taking place. Brian thought to himself, “It’s great to have such a good platonic friend.”

Hilda was such a good person to hang out with. He had gotten business from some of her friends and she kept sending him new clients. He thought that it was a lucky day when he had talked to Hilda at the restaurant. So what if he cancelled dinner sometimes with his wife to take Hilda somewhere. He was getting more business by hanging out with her, he rationalized. In the last one month he had bought a new car and taken his wife out of town for a romantic weekend.

“Hilda is such a great person and she is not interested in me romantically. We have the perfect friendship.” Poor Brian by the time he would realize the truth it would be too late.

When Hilda invited him to her house for dinner with a few friends, he was willing. He had always wanted to see where she lived. Coming from a very exclusive neighborhood, Hilda had always told him that he should move from the middle class house where he was living to a more prestigious area now that he was doing so well.

The dinner at Hilda’s house went very well. Her cooking skills were superb and Brian was having a great time with the others. When Hilda told him to stay and help her with the dishes after dinner, explaining that she had given the maid the evening off, he thought nothing of it.

At some point later she excused herself to go to the bedroom. Brian finished washing the dishes and walked around the sitting room looking at the expensive beautiful pictures and paintings hanging on the walls. He was so busy staring at one that he did not notice her come in.

He made the mistake of opening his eyes and looking at her instead of the door. She smiled at him and beckoned for him to come. He felt powerless, wanting to leave, to do the right thing but wanting to stay and explore those curves. With resignation he gave in to his fate.

Three months later, Brian was in a happy mood. His business was going well and he was making money hand over fist. His love life was complicated but doable. Hilda was a very demanding lover but he was in control and his wife well, he told her he was working hard that’s why he came home so late or sometimes not at all. But the thing that was making him the most happy was some news his wife had given him. 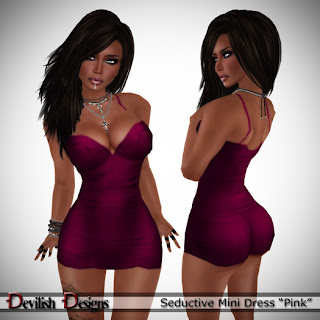 Brian was in a restaurant waiting for Hilda. He would have to find a gentle way of telling Hilda that they had to end their relationship now that his wife was pregnant. They had been trying for several years to get a child and nothing had happened. Now he was going to be a dad. He was so excited.

He regretted that he would have to break Hilda’s heart. She was the perfect woman but not the one carrying his child. He knew it was a son, could feel it in his bones. Hilda walked in into the restaurant looking at shunning as she normally was. She looked excited and happy.

After ordering for their meal Hilda told him, “Brian I have something to tell you. I know it will come as a surprise but I know this news will make you happy.” She paused. “I am pregnant!”

Brian was so stunned he couldn’t speak. She went on, “I know it’s going to be hard but you can finally leave your wife. You can move in with me and when you get your divorce we can get married.”

Brian looked at her and didn’t know what to say. Then he found his voice. “I can’t leave my wife. She told me yesterday that she is pregnant! She’s my wife and I can’t leave her. I wish there was another way we could be together but I can’t do this now!”

Hilda gasped and then kept quiet. “I am sorry,” he said. “My wife is the innocent victim in this. I cannot  make her suffer for my mistakes.”

He tried to hold her hand but she took it back. “What will we do?”

Hilda said, “I’ll take care of it!” She picked her handbag and left.

Two weeks later Hilda called him to her house so that they could talk. She said she understood how things were and that she had accepted that he would not be able to leave his wife. She asked to just one last night with him so that they could say goodbye. Brian could not refuse her.

At 5 am Brian got a phone call from his neighbor. “You better come home. There’s been a robbery at your house and your wife has been murdered.” Brian dropped the phone in shock.

He turned to Hilda who looked at him with an eerie smile. She said, “Now we can be together. I took care of things for you. No one will suspect you. I am your alibi and you are mine.”

Brian in his last conscious thought before he put out his hands to strangle Hilda to death was, “Oh my God! Hilda is stake raving mad. She killed my wife and my unborn son.”

I Thought I Had You But I Didn’t

10 Great Gadgets That Will Make Your Life Easier This Year

Finances 101: How To Create A Budget And Different Budgeting Methods You Can Use