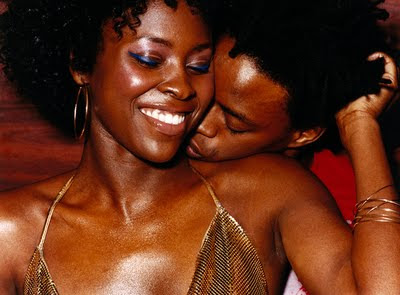 for the beginning of the story http://raylitpoems.blogspot.com/2012/05/redemption-part-1-and-2.html?spref=tw

Ben ordered a drink for her and gave her his full attention. Even though they were in a small crowd she felt as if it was only her and Ben. He asked her what she did. When she said she was a student at a prestigious private university he smiled. He asked her about herself. She told him about herself. She was flattered that he would take time to get to know her. And her heart was doing flip flops. She felt giddy.

After a while Ben asked her to dance. Man the man could dance. Kristi could feel eyes on them as they danced. When a slow song came on Ben held her close. Her head just reached his shoulder. It was dreamy dancing with Ben.

Ben asked her “so do you have a boyfriend?”

Kristi said “no I don’t”

“Then you won’t mind if I kiss you?” Ben asked.

Kristi blushed and shook her head. Ben kissed her. A delicious kiss that made her hot so hot. He could kiss. Kristi felt light headed after that kiss. When they went back to the table everyone was looking at them but Kristi didn’t care. She could have stayed in Ben’s arms the whole night. When they went back to sit Ben put his arm around her and she snuggled close to him.

After an hour Joan came to tell her that they needed to go. Their taxi guy had come. It was time to go home.

Ben asked “where are you guys going? To a club?

Kristi said “no we are going home. I am going to sleep at my friend’s house.”

Ben said “I will drop you guys. Stay awhile. I don’t want to let you go just yet.”

Ben called a guy over and gave him some money. “Go pay the taxi guy”

Kristi felt special. This gorgeous guy wanted to spend time with her. They stayed until 5 o’clock. Ben danced with Kristi again and kissed her.

At 5 o’clock Ben took them home. He was driving a Mercedes S class. The car didn’t impress the girls so much. Their fathers were all rich. That was the kind of car they were used to. The girls were going to sleep at Joan’s house.

At Joan’s gate the other girls entered the house. Ben leaned Kristi against the car and kissed her again.

“I want to see you again tomorrow. Please give me your number.” Ben asked.

Kristi gave him her number. He put in the number on his phone. Ben gave her his card then left.

The next day Kristi met Ben. This time he came in a red convertible Mercedes. He took her out to a movie at Nu metro. They had a great time.

On Friday and Saturday he took Kristi and her friends out to party. He was bankrolling everything. And he seemed to be very popular. There were many people who kept stopping at their table to talk to him. Sometimes Ben would go away with one of the people who approached their table and then come back an hour later.

Ben romanced her and seduced her. Kristi was falling in love with Ben. She had never felt like this. She went around with a grin on her face. She couldn’t stop thinking about Ben. She would spend the days texting him.

For a whole month Ben would pick her up, take her out to eat and then take her home. Sometimes he would take her to his house. They would watch a movie, and have a heavy make out session. Ben never asked her for sex. But the way Kristi was feeling she would explode she would have slept with him if he insisted. When he touched her she would get hot and her logical mind deserted her.

One day Ben told her “baby I am going on a trip to Amsterdam. I will be back in a week’s time. What do you want me to bring you?”

Kristi told him nothing. When Ben was gone Kristi missed him terribly. She couldn’t concentrate in school. She wanted to see Ben.

A Thousand Ways To Die

A Thousand Ways To Die