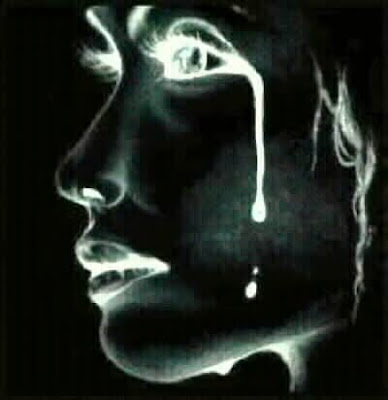 Kristi sat on the marble top of the sinks at the toilets and cried. Huge sobs that shook her body. Her mascara ran down her face leaving streaks of black on her light chocolate complexion. Her nose started running and as she dug into her bag she saw her face in the mirror.

Oh how the mighty have fallen, she thought. No one who knew me would recognize me. Kristi’s weave was shaggy and unkempt. The roots of her hair were showing. Her eyes were glittery red, bloodshot. Her lips were swollen, covered in red lipstick that had been bitten off as she cried. Her nose was running and the effect of a running nose, mascara streaks and red shot eyes made her look scary, in a mad sort of way.

“What am I doing here, in a dinghy bar on the wrong side of town? I wish I could turn back the clock” Kristi thought.
Loud knocking on the bathroom door startled her out of her thoughts.

Ben her boyfriend shouted, “Hurry up Kristi we are going to another bar to drink. If you don’t get out now we are leaving.”

Kristi wished she could tell Ben to go to hell and take his friends with him but she didn’t have any money to get home on her own. Funny how her knight in shining armor had turned into the devil himself.

Kristi shouted back “I am coming” she wiped her nose then washed her face, and reapplied her lipstick. She put a fake smile on her face as she walked out of the toilets knowing Ben would not like it if she had been crying. Ben was outside the toilet smoking some weed and laughing with his friends.

‘How did I end up like this?’ Kristi thought. “I was going out with men who took me everywhere in expensive cars and now I am reduced to taking matatus and hanging out with drug addicts. And now I am one of them’

Kristi had been invited to a private party by one of her friends in her private university. She told Kristi it would be fun.

Joan her friend “Everybody whose’s anybody will be there. And maybe we can get you a boyfriend”

The party was in full swing at a private residence in hurlingham when they arrived. They had gone first to a club to have a few drinks. Joan told her it was important to make an entrance. They did make an entrance. A group of five beautiful women all in short dresses high heels and trench coats. It didn’t hurt that all the friends had great figures. All the men turned to look at them and so did the women.

The girls went and found a sofa to seat in. the men came in a swam to say hi and to ask what the girls would be having. They were brought food and drinks. The guys trying to make the girls notice them.

Kristi noticed that there were two guys in a corner who didn’t seem interested in trying to catch their attention. They were both tall and muscular, at least 5 foot 10 inches. One was light and the other was dark. But they were both handsome. Kristi could see from where she was that their clothes were expensive. They were drinking and talking in low tones.

Joan noticed where Kristi was looking. She said “damn those men are fine. The dark one is called Ben. He is the one who owns this house and he is the one who is throwing this party. His friend is called James. Those guys are really rich.”

As if he sensed the friends were talking about him Ben looked up and looked across the room to where Kristi and her friends were sitting. He found Kristi looking at him and he winked. Kristi blushed and looked down. “Yap he is hot!” she thought.

When a song Kristi loved came on she told Joan to stand with her they dance. They got up and started dancing. Then their friends joined in. they had fun dancing for an hour then they sat down again. Food and drinks were flowing. Kristi made sure she didn’t drink too much. She didn’t like getting really drunk. She liked to be in control of her senses. So when she would start getting very tipsy she would switch to soda or water.

At about 2 o’clock she decided to go to the toilet. On her way back she passed the corner Ben and James were. There were a couple of people sitting with them and there was a woman who was holding on to Ben possessively.

“Hey beautiful. Come here.” She looked and she saw Ben gesturing to her to come to where they were sitting.

Kristi’s heart was beating fast. She walked over to Ben.

“I saw you dancing earlier. Girl you got moves. Maybe later you and I can dance.”

Ben said “my name is Ben. What’s yours?

Kristi said “my name is Kristi.”

Ben asked Kristi if she wanted to hang out with them. Infatuated Kristi said yes. Ben told the woman who was holding him possessively to move and let Kristi seat. Kristi felt embarrassed for her but she was so mesmerized by the fact that Ben wanted to sit with her that she didn’t care.

And that was the beginning of her downfall. 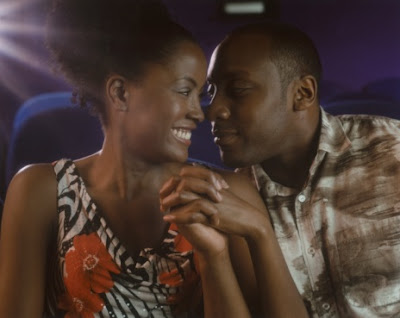 Ben ordered a drink for her and gave her his full attention. Even though they were in a small crowd she felt as if it was only her and Ben. He asked her what she did. When she said she was a student at a prestigious private university he smiled. He asked her about herself. She told him about herself. She was flattered that he would take time to get to know her. And her heart was doing flip flops. She felt giddy.

After a while Ben asked her to dance. Man the man could dance. Kristi could feel eyes on them as they danced. When a slow song came on Ben held her close. Her head just reached his shoulder. It was dreamy dancing with Ben.

Ben asked her “so do you have a boyfriend?”

Kristi said “no I don’t”

“Then you won’t mind if I kiss you?” Ben asked.

Kristi blushed and shook her head. Ben kissed her. A delicious kiss that made her hot so hot. He could kiss. Kristi felt light headed after that kiss. When they went back to the table everyone was looking at them but Kristi didn’t care. She could have stayed in Ben’s arms the whole night. When they went back to sit Ben put his arm around her and she snuggled close to him.

After an hour Joan came to tell her that they needed to go. Their taxi guy had come. It was time to go home.

Ben asked “where are you guys going? To a club?

Kristi said “no we are going home. I am going to sleep at my friend’s house.”

Ben said “I will drop you guys. Stay awhile. I don’t want to let you go just yet.”

Ben called a guy over and gave him some money. “Go pay the taxi guy”

Kristi felt special. This gorgeous guy wanted to spend time with her. They stayed until 5 o’clock. Ben danced with Kristi again and kissed her.

At 5 o’clock Ben took them home. He was driving a Mercedes S class. The car didn’t impress the girls so much. Their fathers were all rich. That was the kind of car they were used to. The girls were going to sleep at Joan’s house.

At Joan’s gate the other girls entered the house. Ben leaned Kristi against the car and kissed her again.

“I want to see you again tomorrow. Please give me your number.” Ben asked.

Kristi gave him her number. He put in the number on his phone. Ben gave her his card then left.

The next day Kristi met Ben. This time he came in a red convertible Mercedes. He took her out to a movie at Nu metro. They had a great time.

On Friday and Saturday he took Kristi and her friends out to party. He was bankrolling everything. And he seemed to be very popular. There were many people who kept stopping at their table to talk to him. Sometimes Ben would go away with one of the people who approached their table and then come back an hour later.

Ben romanced her and seduced her. Kristi was falling in love with Ben. She had never felt like this. She went around with a grin on her face. She couldn’t stop thinking about Ben. She would spend the days texting him.

For a whole month Ben would pick her up, take her out to eat and then take her home. Sometimes he would take her to his house. They would watch a movie, and have a heavy make out session. Ben never asked her for sex. But the way Kristi was feeling she would explode she would have slept with him if he insisted. When he touched her she would get hot and her logical mind deserted her.

One day Ben told her “baby I am going on a trip to Amsterdam. I will be back in a week’s time. What do you want me to bring you?”

Kristi told him nothing. When Ben was gone Kristi missed him terribly. She couldn’t concentrate in school. She wanted to see Ben.