When you think of funny Marvel movies, your list is most likely to comprise Antman, Spiderman, Deadpool, Guardians of the galaxy and perhaps Ironman. Never could I have thought Thor would be a contender on the list, a promising one at that. However, Taika Waititi, the director of Thor’s third installation, has proven sceptics and me alike there is humour in the god of thunder.

Chris Hemsworth is many things, but he doesn’t strike me as the rib cracking kind of person. In the first Thor movie (2011), we were introduced to a handsome but boyish deity who didn’t know the first thing about being a man. He was banished from Asgard, his home and had to learn how to be a man deserving of his deity status. In 2013, the second installation, Thor: The Dark World was released. Here, we got to see Thor and his group of heroes take down a faction of dark elves. He also lost his mother, and it appears like he loses his brother too –later events reveal his brother is still alive. Thor is also more mature and has taken up to his role as the protector of the nine realms.

In the most recent release of the movie, Thor: Ragnarok, Taika Waititi decided to substitute character building and in-depth story development with light humour that’s spread out throughout the film. I’ve been a huge Thor fan since the first movie, but this time, I was sold on Thor being one of the most magnificent Marvel Comic Universe (MCU) movies.

The opening scene is Thor tied in a cage. In self-dialogue (unless you consider talking to a skeleton as regular dialogue) he speaks of how he has had visions about the destruction of his home, Asgard. Surtur, one of Thor’s formidable foes has taken a funnier role as he is engaged in rib-cracking dialogue with the star as he hangs from a rotating chain, all this is while Thor tries to summon the Mjolnir (hammer). 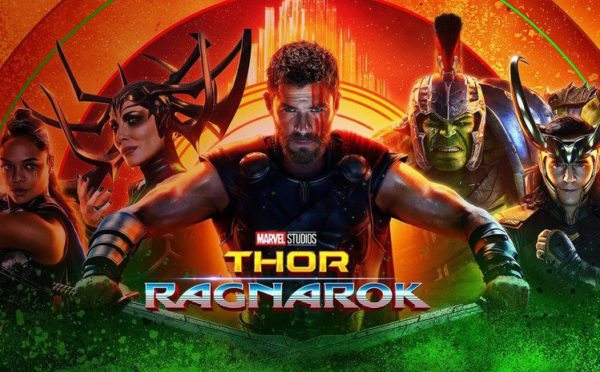 Other characters also show a significant shift in personality, most notably being The Hulk. Usually, we are used to a brute and emotionless hulk. However, in Ragnarok, Hulk has morphed into a sappy and emotional green mass. Loki maintains his charm charisma and trickery. Waititi, who also plays Korg brings a certain finesse to the humorous movie.

One of the most significant plot twists was the inclusion of Thor’s elder sister, Hela. The self-proclaimed right heir to the Asgardian throne. Her power is beyond reproach, and her entrance sets the standards for MCU villains. Cate Blanchett, who plays the villainous role is in my view the best fit. Her natural death glare brings the character of the goddess of death to life. The fight between Thor and Hulk was also an awaited part. Fans are still split as to who won, far as I know, the lord of the Thunder won.

In conclusion, Thor Ragranok went a whole different way from many other MCU movies. We are used to a peaceful and fairylike subtleness that has become expected. However, Ragnarok pushed the limits of MCU, and how much craziness could be included in a stand alone movie. I loved that unique aspect. However, it’s also important to realize that such greatness was accomplished at the peril of character development. There was no real point of connection with the characters as humour, and an undertone of sarcasm was flung all through the movie.

Between Marvel’s Thor: Ragnarok and DC Comic’s Justice League, who do you think did a better job at execution?

Technology: Need To Create A Prototype For Your App? Try One Of These Sites

I write the white, the black, and all the shades in between.

Skincare: How To Deal With Back Acne

Skincare: How To Do A DIY Vajacial At Home