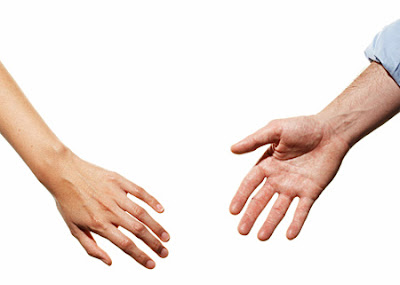 Love doesn’t always have happy endings. It does in fairy tales, movies, and books. Real life however is complicated.

Right now the man I loved with all my heart is somewhere in the air flying back to the USA from Kenya. He was here for 2 weeks and it was fun seeing him again. I had waited a very long time for this, for him to come to Kenya. So you would think it would be all romance, love, and sunshine.

I wish. The thing is you can love a person with all your heart but sometimes they can break your heart and things are never the same again. Not all men are bad. There are some great men. He is one of them. The kind of guy you want to marry and grow old with, have a bunch of kids with.

The thing is sometimes love is not enough. You can love someone but time and distance conspire to set you apart. It hurts but that’s life. Sometimes someone you think the world of stops making you a priority in their life. Sometimes you cling on hoping things will change. Sometimes you have to let go, knowing that if it was or is meant to be, it will be. Sometimes you just have to close that chapter and move on.

Now my heart is flying over the Atlantic with him. He was my first love, the man I fell in love with, jumping into the deep end. But you know what, I have finally let go. Sometimes love doesn’t always mean you will end up together. It’s like the story of the greedy hyena. Let me borrow one version from the internet.

One day, a starving hyena was walking along a road when he came across the appetizing scent of roasting meat. This was the closest the hyena had come to having something in his stomach in the many days that food had eluded him. Without wasting time, he immediately began following the promising scent.

After a short distance however, the hyena discovered that the road branched into two paths. The hyena was in a dilemma after realizing that the scent came from each of these paths. After pondering his problem for a while, the hyena came to a decision – to walk down the two paths at the same time. That way, the he would not miss any of the two feasting opportunities.

To achieve this impossible feat, the hyena set himself astride the two branching paths and began walking. The more the roads diverged, the wider he had to stretch out his legs. Despite the extraordinary effort involved, the hyena’s greedy streak would not let him quit. Finally, the hyena split into two.

(Borrowed from http://ngishili.com/?p=134 – cock and bull stories – the greedy hyena.

Sometimes you love something or someone. And you want it all. But you come to a cross road. You can’t have everything. You have to keep something and lose something by taking a path. Sometimes the path of love doesn’t go straight in one lane. It has separate lanes when the road forks. You have to choose. You have to be wise. You can juggle balls trying to go to both paths at once. Sometimes you have to let do, otherwise you will split into two.

So love is not easy. Two people can love one another but have different goals and ways to reach their goals. Sometimes compromise works sometimes it doesn’t. Some times you can’t have your cake and eat it. Sometimes your dreams and hopes separate you more then mountains, rivers or distance could.

If I knew at the beginning it would end like this would I have jumped in? Probably not. But if you ask me if I regret what we had, no I don’t! It was special and beautiful in its time.

I learnt alot from that relationship. There were great times and bad times too. But I grew, I learnt. I am a better person for it. I won’t lie; I would have loved things to be different, for things to work out the way we planned. But life is full of surprises. It can’t be planned to exact propositions. It just is.

So my love flies on the wind, wishing things were different but knowing that in the end it was worth it.

I have grown in the last one year. Things that shook me then don’t shake me now. I am charting my own path. So what if love didn’t work out the way I planned it. I have had to re-examine my life, make changes, make adjustments, give up some old dreams, and come up with new ones. Life has changed but so have I. I have gotten over my broken heart. All the bitterness and anger I had is gone.

I could spend time with this guy, laugh, and have fun when he was here. Maybe because we were friends before we became more then that. We still are, even though I wrote a couple of pieces of hate poetry when we broke up last year. I am glad God gave me a chance to say goodbye in person, to get the closure I didn’t get last year.

I still believe in love. One day I do hope that I will have my fairy story ending but maybe I won’t. But now I think I can handle it. I don’t know what plans God has for me, the great things he has in store. I just have to live one day at a time, leaning on him and knowing he has great plans for me. 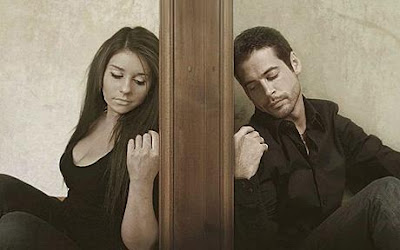 Throwback Thursdays: Memories Of Growing Up In A Kenyan Household