Outside she’s calm, with a plastered smile that doesn’t reach her eyes. Inside she’s a storm, emotions of anger and shame burn.

She cries into her pillow at night, when she’s not trying to push away his hands, as he holds her down and takes her innocence by force. He likes it when she hurts, when she struggles and cries.

When he’s done he smokes a cigarette and tries to hug her and tell her he loves her. She flinches when he touches her and tries to curl herself into a ball.

When he’s done with smoking, masking the scent of sex he leaves, after warning her for the millionth time not to tell. She cries her eyes out until she falls into an uneasy sleep.

In the morning, she drags herself to the bathroom and tries to scrub him off her but he’s in her head, the smell and taste of his alcoholic breath imprinted in her brain.

She wears her uniform and goes to make breakfast. Then a key is heard turning in the lock, and an older tired version of her walks in. They sit in the sitting room quietly. Children are to be seen and not heard.

She then leaves for school. As she leaves the house where her dreams and hopes are shattered and her childhood stolen. A home where she is a substitute for her mum who works nights, a sexual slave of incest to the man she calls Dad. Each day a bit of her fades away, her 9-year-old self turns old before her time. 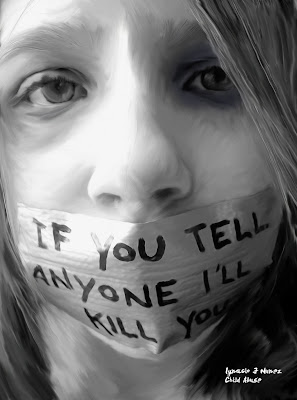 Trust Me – When A Crush Turns Out To Be A Monster

Her Father-In-Law Turned Out To Be A Predator

Warning Signs Of Electrical Problems You Should Never Ignore