When her friend told her, I love your body, you’re so slender and you can eat anything!”
She smiled. How was her friend to know she used to be fat and decided to go on a special diet, that now everything she eats she puked into the toilet?

When the MP told them, “I want to go to parliament to represent you, to look after your interests.” The people voted. How were they to know the politician would organize for killings and work only to safeguard his salary.

When he told her, “you’re so beautiful. I like your African figure, your big hips, your big breasts let me take you home tonight!” How was he to know she had HIV?

When they told her, “pole for your loss, he was such a good man, a gentleman always taking care of the family and protecting them!” How were they to know she was happy he was dead, as he had beaten and abused her all their married life? From Fairytale To Nightmare, My Knight In Shining Armour Turned Into My Abuser

When her friends found out she was pregnant and asked her who the father was. Teasing her whose child it could be, she ran off in tears, how were they to know her father sexually abused her and made her pregnant. 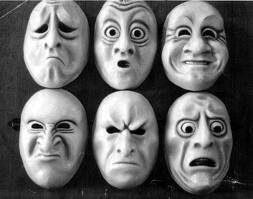 Organic makeup and its benefits

Health: Five Reasons You Should Reduce Your Intake Of Fast Foods