It truly was a weapon of mass destruction,
And everywhere people were armed.
It was a weapon created by the colonialist,
Used to divide and rule.
Hurray, freedom was granted
But the poison was already in our systems.

It was deadly that disease,
Because it had a sleeper effect,
Lying dormant for many years, no outbreak.
Symptoms were there in stereotypes, biases and hate speech,
But we ignored them.
It was spread not through the air,
Like most deadly viruses
But through words and actions that stained the heart and mind.
The social scientists who knew what was going on stood idly by,
Observing like it was a social experiment.

The weapon grew and mutated,
Changing every day becoming more deadly.
In the homes, offices, at the bar, in schools and even in church it spread.
It infected the heart first,
Turning love into hate then it poisoned the brain blocking out reason.
Then it became a religious fever,
Temperatures rose as the fever turned fanatical.

One day the disease got an outbreak,
When tempers rose and reason died.
Many people died, others got raped, and injured.
Majority got off with just memories of the outbreak.
Now for many the outbreak hate and violence is just a memory
But many hold it in their hearts.
The deadly virus did not die,
No medicine was given,
Just bandages to cover the wounds of the ugliness and the scars,
But underneath no healing under the skin, the wound festers.
So it festers and mutates this disease,
As people watch, waiting for the next outbreak.

The problem is intellectually we know there’s a disease,
But socially we don’t seem to have the will to cure it.
It’s time to come out in the open.
I am infected and affected.
The drugs for the cure are love, reason and understanding.
A combined approach to mental and social health.
But we must agree to be treated,
For if the drugs meet resistance they don’t work.

(Picture of African fighters getting ready to battle) 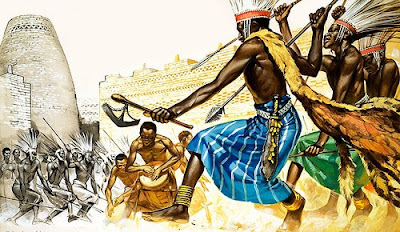 I am not a chips funga – Mr. Politician!

I am not a chips funga - Mr. Politician!

Parenting: How To Make The Home A Conducive Learning Environment